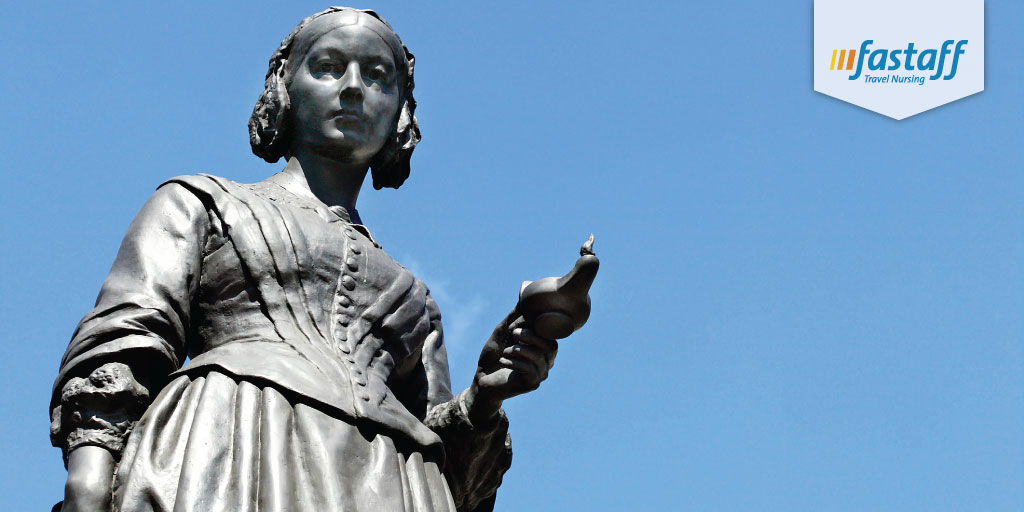 They called her the Lady with the Lamp.

On May 12, 1820, Florence Nightingale was born in Italy to an affluent British family. Despite her social status, Florence preferred philanthropy to parties. She spent much of her youth administering to the ill and poor near her father’s estate. She believed nursing was her calling in life, despite the protests of her family.

In 1850, she returned to London to take up nursing at Middlesex Hospital and quickly rose up the ranks. It was the unsanitary conditions of the hospital that Florence focused on, especially after a cholera outbreak spread rapidly. Her goal was to improve hygiene practice among the nurses in order to save lives.

When the Crimean War broke out between the British Empire and the Russians, thousands of soldiers ended up living in very poor conditions along the Black Sea. In 1854, she received a letter from the Secretary of War asking her to organize a corps of nurses to help.

Florence assembled a team of 34 nurses and joined the war effort despite the horrid conditions. They found the hospital sat on top of a large cesspool full of contaminated water, the building fraught with rodents and other types of infestation, and even the most basic of supplies scarce. Patients were dying of infectious diseases like typhoid and cholera.

With the help of the less infirm patients, Nightingale and her crew sanitized the hospital from floor to ceiling, and it is estimated that this work in Crimea reduced the death rate by as much as two-thirds.

She traveled on horseback to inspect field hospitals and ensure they were operating under sanitary conditions, showing them how critical hygiene was to healing and overall health.

After the war, Florence Nightingale established the Nightingale Training School for Nurses, not only improving the educational standards but also how the public perceived the profession. In 1859, she wrote the book Notes on Nursing, which became the cornerstone for nurse training at the time. Today, that book is still considered a classic to read if you want to work in the nursing field.

Florence Nightingale introduced the use of statistical visualizations to clarify data in healthcare. She often used pie charts and her own Nightingale rose diagram to illustrate the seasonal sources of mortality in field hospitals. She was the first female member of the Royal Statistical Society and honorary member of the American Statistic Association.

Through her efforts, Florence Nightingale showed the world that nursing was a profession dedicated to compassionate and diligent patient care. She proved that nurses were necessary to save lives and manage the healthcare environment. She demonstrated that the best way to benefit from nurses was to train them well and treat them as healthcare professionals.

Today, the Florence Nightingale Facility of Nursing and Midwifery is the number one facility for nursing in London and associated with one of the top universities in the world, King’s College.

The nursing community has much to thank the Lady with Lamp for, including the academic standards established for the industry and the professionalism it enjoys.

So here’s to you, Florence Nightingale.

If you’re interested in following Florence’s footsteps to become a travel nurse, apply with Fastaff.