The 5 States Most in Need of Nurses 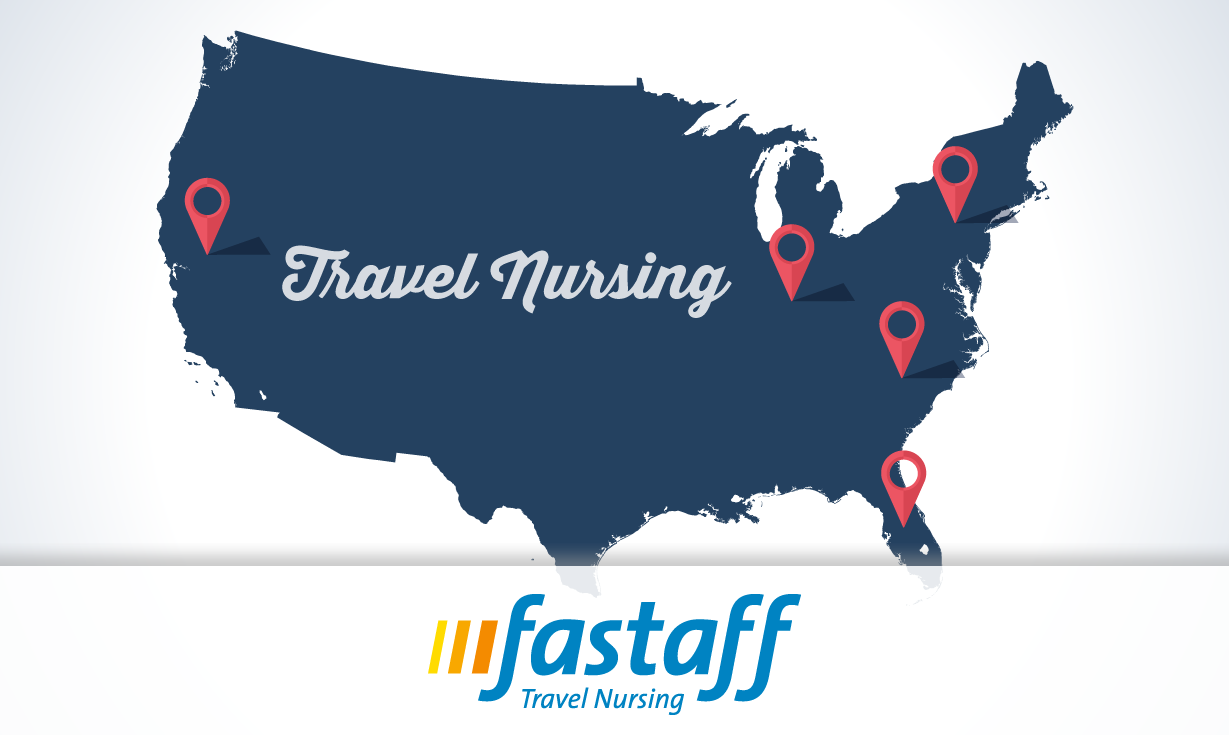 Which states are most affected by the nursing shortage? The U.S Bureau of Labor Statistics makes it clear that jobs for nurses will continue to grow at a faster than average rate. In fact, the healthcare sector is one of the fastest growing industries in the country and nursing accounts for a large portion of the new jobs available.

Not all nursing job markets are equal in the fifty states, however. Some areas have a more critical need of nursing professionals.

Number one on the list is California. Nursing Link estimates the Golden State will need close to 300,000 nurses by the year 2017. This state is also one of the highest paying, according to Visual.ly. The hourly wage for nurses in California hovers over $25 per hour, and with Fastaff you can make up to $55-$60 per hour, depending on your specialty.

California has a minimum nurse-to-patient ratio, making their needs that much more critical. The effort to meet that standard has created a severe nursing shortage throughout the state.

Where to get licensed: Nurses interested in working in California can apply with the Department of Consumer Affairs Board of Registered Nursing.

Next in line is the Sunshine State Florida, home to many snowbirds. Over three million residents in this state are over the age of 65. Nursing Link estimates Florida will need just over 180,000 nurses by the beginning of 2017.

To draw in new talent, hospitals are increasing benefit packages for nurses to include things like onsite daycare and free gym memberships. The median salary in Florida is $24 per hour, according to Payscale.

Where to get licensed: Florida nurse licensing and registration is done by the Florida Board of Nursing.

Third in line is New York State. The need for nurses is so great in this area that advocacy groups are lobbying to get state funding for nursing programs. The state even has a task force set up to address future nursing concerns.

In an attempt to bring in career nurses to fill the more than 195,000 jobs, the state is offering a competitive salary, as well. Salaries vary based on location and need.

Where to get licensed: If looking to travel to New York, you can apply for a nurse license with the New York State Office of Professions.

The state of Ohio has many open positions in the healthcare community, but nurses are in the highest demand. Local hospitals are working with state universities and colleges to try to entice students into nursing programs to fill the 131,000 estimated jobs.

Employers are offering tuition reimbursement as an incentive and increasing the salaries for season nursing veterans to keep them on the job longer. Payscale estimates nurses in Cleveland make about $26 per hour.

Where to get licensed: Nursing licenses are processed by the Ohio Board of Nursing.

The fifth state on the list is North Carolina. The metropolitan areas in of Raleigh and Charlotte are two of the fastest growing in the country. This expansion means more hospitals and medical facilities in need of professional nurses.

North Carolina also has extensive rural areas with extensive healthcare service issues. The American College of Medical Quality estimates the shortage of nurses in North Carolina is around 20,000. That means 20,000 current jobs to fill, not future estimates.

Part of the problem in North Carolina is education. There is also a shortage of teachers for nursing schools. This makes it difficult for nursing programs to take on new students.

Where to get licensed: If you are interested in working in this state, you can apply for a nursing license with the NC Board of Nursing.

The shortage of nurses has been an ongoing problem in the U.S. As Baby Boomers age into retirement, the need will continue to grow. Travel nurses are one way medical facilities help fill that void to enhance patient care and improve staffing options.