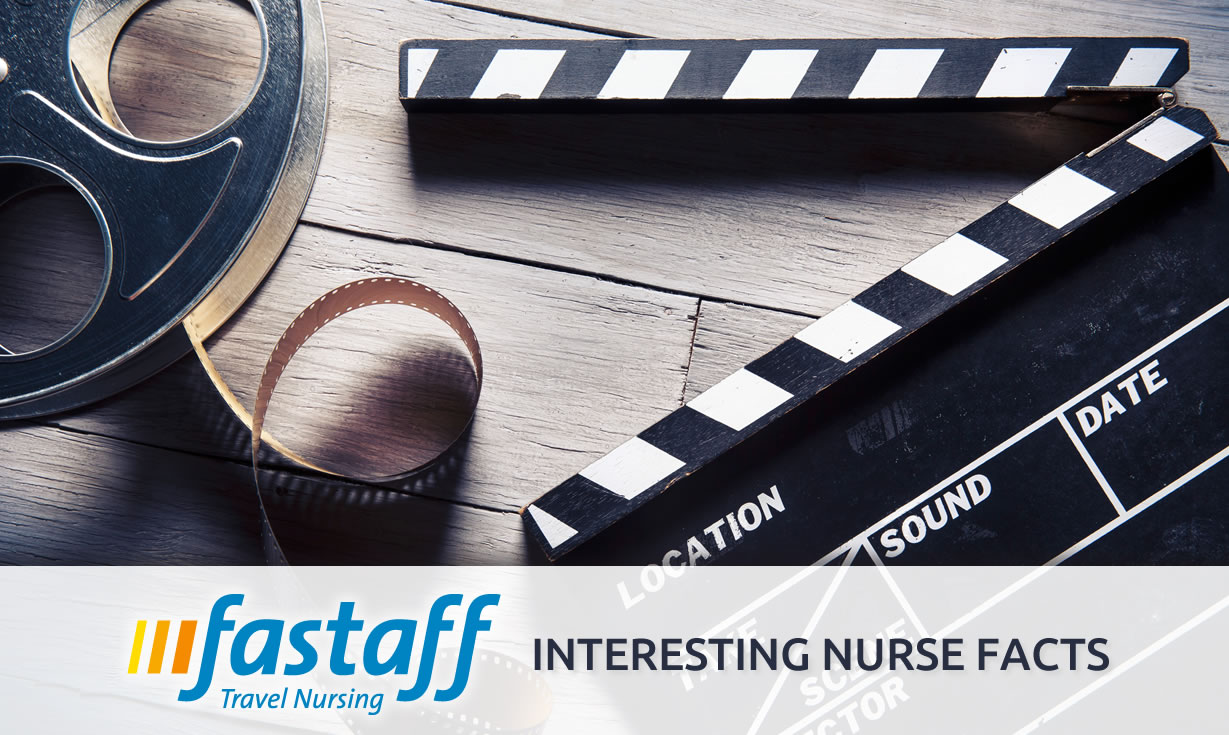 Hollywood must be fascinated with the nursing profession. Filmmakers have made many great movies about nursing. We enjoy watching them and often get valuable insights into how other people view nurses. These are the 10 movies about nursing that we think are the best, in alphabetical order:

This recent documentary shows five nurses from varied backgrounds who work in different settings, including a prison, a nursing home, and in labor and delivery in a hospital. The film presents a positive image of strong, dedicated and independent nurses.

Based on the play by Tony Kushner, this movie features several strong nurses, played by Jeffrey Wright and Emma Thompson, who work on an AIDS ward.

This romantic movie, set in Italy during World War II, features Juliette Binoche as Hana, a nurse who takes care of a man with severe burns.

This made-for-TV movie features Jaclyn Smith as Florence Nightingale, the pioneer of nursing.

M*A*S*H was a movie before it was a television show. Directed by Robert Altman and based on a popular novel, it features Sally Kellerman as Major Margaret "Hot Lips" Houlihan. The character is based on two real nurses who served during the Korean War.

In this romantic comedy, Ben Stiller plays Greg Focker, who may be the best-known male nurse character in film. Focker has to defend his choice of profession against his girlfriend's hostile father.

Audrey Hepburn plays Sister Luke, a Belgian nurse and nun, in this 1959 film based on a true story. Hepburn, who was nominated for an Academy Award for her role, has said this was her favorite film.

Nurses: If Florence Could See Us Now

More than 100 nurses were interviewed to make this documentary film. The movie presents an accurate and inspiring view of what nursing is like in the United States today.

One Flew Over the Cuckoo's Nest

While the infamous Nurse Ratched is hardly a positive role model, "One Flew Over the Cuckoo's Nest" is a classic, and Louise Fletcher won an Academy Award for her portrayal of the scary nurse who was the film's worst villain.

In this made-for-HBO film, which is based on a Pulitzer-prize-winning stage play, six-time Tony winner Audra McDonald plays Susie Monahan, a primary care nurse, who provides an oasis of caring for an ovarian cancer patient.

These 10 movies provide a choice for every mood. Some show you how writers and directors imagine the lives of nurses, while others give you nurses' own words directly. Whether you want to be inspired, to laugh, to feel renewed pride in being a nurse, to learn something new, or to have a good cry, a film from this list is sure to do the trick.