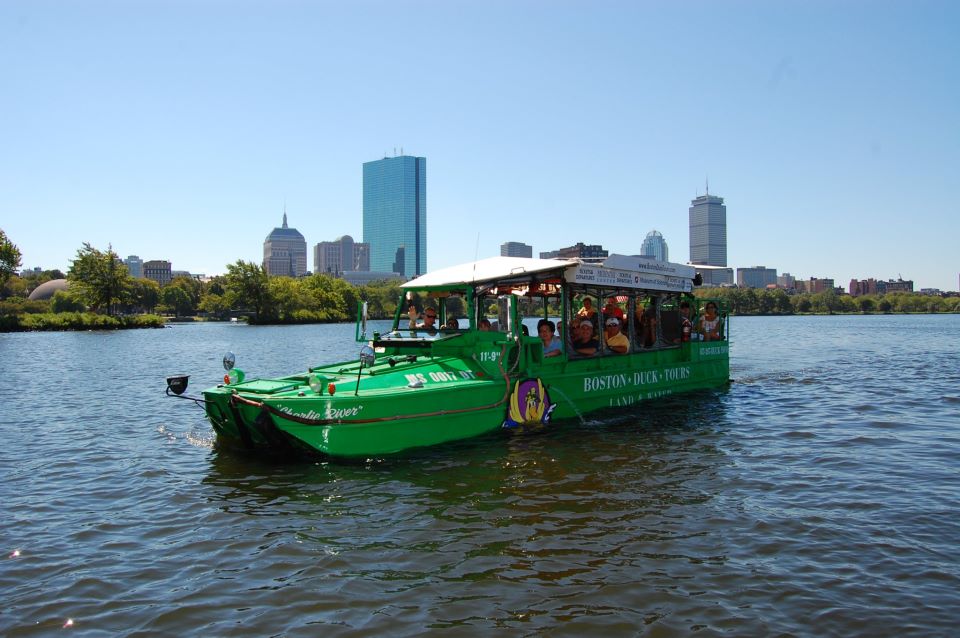 In the famous Duck Boats, you can see Boston by land AND sea!

You’d be hard-pressed to find many more places that have the level of American history that Boston does. But, as the largest city in Massachusetts, Boston is not only a hub for history but also one for dining, entertainment and shopping. Here are just a few of the things you can explore and make part of your travel nursing adventures:

Duck Boat Tours
Quack! Duck Boats are officially the best way to see Boston by both land and sea...in the same tour! These rides around the city, led by conDUCKtors, will wind you through the streets of Boston. After the land portion is over, you’ll take a drive into the Charles River to get a better view of both the Boston and Cambridge city skylines.

Freedom Trail
Take the 2.5 mile walk back in time to experience some of the most historic sites the United States has to offer. The 16 stops on the trail, including the site of the Boston Massacre and Paul Revere’s house, tell the history of the American Revolution and beyond – it’s a must visit for any history buff!

Faneuil Hall Marketplace
Another stop on the Freedom Trail, in the heart of downtown Boston, is Faneuil Hall where Americans helped established the doctrine of "no taxation without representation." After you’re done there, or perhaps before, it’s time for shopping, food and entertainment at the adjacent Faneuil Hall Marketplace. Opened in 1742 and known as America’s first open marketplace, you will be sure to find something that suits your taste.

New England Aquarium
Opened originally in 1969, the New England Aquarium recently finished a renovation to its centerpiece exhibit, the Giant Ocean Tank. This brand new tank, with 52 viewing windows, features spectacular views of coral as well as more than 2,000 animals. And, don’t forget the penguin exhibit!

Boston is just one of the many places travel nurses get to experience when they work with Fastaff Travel Nursing. If you’re looking to learn even more about this great city’s attractions, be sure to check out Boston’s official visitor site.